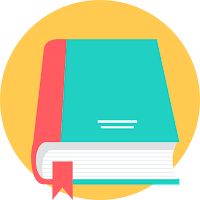 ABSTRACT : Corruption is a social disease and parasite that harms a nation’s life aspects when it is
practiced continuously in a big scale. Nowadays corruption can be classified into two points of view.
First view states that corruption is from the individual of the corruptor. Second view, according to some experts, states that corruption is a social practice within a system. Since corruption cases in Indonesia are getting more massive, it is necessary to study the factors which cause corruption within the criminal psychological perspective. Corruption eradication can be carried out by the policy of the Penal Law; namely Penal and Non-penal policies. The objective of the research is to find out the legal administration, the factors which lead to corruption and penal law policy. The research applies judicial normative method which is grounded on library research to obtain materials related to the research problems. The instruments used to collect the data are library study and interview. Based on the results, the formulation of the Law on corruption has evolved substantially. The changes are seen from how the law makers put the regulations into a particular form of regulation. The Law on Corruption/ 1999 has set criminal weighing such as death penalty, particular minimum criminal sanction, higher fine, and more actions classified into corruption. Viewed from the criminal psychological perspective, the factors which cause corruption are derived from within the corruptor’s self; they are greedy and rapacious, and caused by basic human values such as hedonism, achievement as well as conformity. The strategy to eradicate corruption is by establishing Penal and Non penal policies. Penal policy is carried out by means of law enforcement i.e. involve the accused/defendant of corruption to reveal a case. Their participation is known as the Justice Collaborator and Whistle Blower. It is stipulated in the Circular Letter of the Supreme Court No.4/2011. Then, it can also be carried out by impoverishing the corruptor which has been enabled by the prevailing regulations; namely, the Article 18 of the Law on Corruption. Next, non-penal policy can be made by empowering the moral integrity of the law enforcers to enforce the law on corruption, namely empowering the welfare system or establishing political and economic risk system, and disseminate the understanding of corruption to the bureaucrats in either executive or legislative institutions, the law enforcers and all levels of the society.